Before going to our main topic “How to get respect?”, first we’ll discuss what actually respect is. Then we will discuss how to earn respect with some proven psychological ways.

“A feeling of serious tenderness and fondness towards somebody, that makes you value him, is called respect”. But this definition is not the objective one. In actuality, the definition and merits of respect for a person are set by him for himself. The way he wants people to treat him or the behavior he expects from people. This is a universal rule that everyone wants the same loving or humble behavior from someone that he shows towards others.

Also, there are some types of respect that vary from person to person e.g self-respect, positional respect. categorical respect etc. Amongst these self-respect is the most important.

And to seek this respect, first, you must have to show the same behavior towards him. You must have to follow his merits, to make him follow your merits, otherwise, you can’t expect respect from him. Because respect is dual a side behavior. Expecting respect after insulting someone is completely a foolish deed. As mentioned earlier respect is the response to respect.

1- Don’t Force Others To Respect You

This is the first and the most crucial step. Some people have the habit that they try to prove themselves superior to everyone without any reason. These sort of people give their opinions every time. Even when nobody is talking to them, they find useless topics and start talking without caring the other person is interested or not. They try to prove that they have the knowledge of everything and their knowledge is the objective truth. After all this foolish behavior they want other people to respect them. This is a rule that you cannot other people to respect you because this forcibly taken respect is not more than Looted respect.

The rule that you need to sleep in mind is that respect is not grabbed, it is earned. It depends upon the other person whether he respects you or not. This forcibly taken respect is just like flattery. You will think that people are respecting you and they are your great admirers, but actually, they just want to avoid you. Here the strategy you need to adopt is that you just have to give respect to others. If in return you are receiving the same respect, this is very good. But if in return they are not respecting you the same way, then you have to understand they are forced by their habit. They don’t even know the meaning of respect so start avoiding them.

Word opinion has a very vast domain in sense of meaning. But the drawback is that people, usually don’t differentiate between opinion and order. They mix up both. This is due to the vague boundary line between them To understand this point, first, we have to understand the difference between opinion and order. Order is a statement of the boss towards an employee or in short, higher towards lower that one must have to follow. There is no second option in the case of an order. But this rule is not valid in the case of opinion. In the case of opinion, the listener has the right to choose if he wants to follow that opinion or not.

You can get respect from other people when you will give them the whole right either they want to follow your opinion or do not want to follow. There is no need to feel bad if they refuse to heed your opinion. If you adopt this behavior, people will not only start respecting you, but they will consult you every time they need any suggestions. Give an opinion only when asked and limit your opinion. This will help you to get respect from the people.

How To Be A Better Person: 8 Secret Strategies To Improve Yourself

Personal space is also set by a person himself. Every person has a different personal space. This can be easily understood by an example. Let’s suppose, you are an introverted sort of person. You don’t like sharing your problems with other people. You prefer to keep your issues and problems private. This is your personal space. Now if someone comes to you and forces you to share your problems with him, this is called interference in your personal space. This is disrespectful behavior. Because, if someone is not comfortable sharing something with you, you don’t have to force him.

Secondly, if someone tries to hide his secrets from you, you don’t have to take it as an insult. Because this is a common reaction of everyone that he feels bad when someone tries to keep something secret from him. You have to understand that this is not an insult. As you have the right to keep your personal space private, everyone has the right. This is possible that your personal space might be different from theirs but the rules of privacy are the same. This is not an objective rule that if you feel comfortable sharing something with another person, the other person will also feel the same.

4- Don’t Interrupt While Someone Is Talking

This point apparently seems to be related to rules of communication but this is very much linked to respect. Not interrupting someone’s talk means being a good listener. And ultimately good listening leads to respect. Because when you interrupt when another person is talking, this is the insult the speaker first. Because nobody likes interruption when he is talking. But this behavior will make people avoid you and despise you. People will start avoiding talking to you. There will be a mindset of people about you that you are a speaker, this is useless to talk to you.

5 Types of Hobbies Everyone Should Have

5- Never Get Personal In Arguments

An argument has very important and strict rules. One of the most important rules is that you don’t have to get off the topic while arguing. There is a habit of foolish and illiterate people that they get personal and abusing when they are losing an argument. But getting personal is very disrespectful to the other person and shameful for the person who is getting personal. This is not over yet. As this is a rule that every action has an equal but opposite reaction, getting personal with someone leads to the same destroying reaction.

Like personal space, perception is also a person’s personal property. This is his unique and exceptional nature that how he thinks about things. But this is the habit of foolish people that they think their opinions and views are objective truths. Nobody has the right to disagree with their opinions. If someone tries to give his opinion, he insults him in front of others. This sort of person wants to impose their opinions forcibly on others. And the reality is that every person including me and you, don’t like these sort of people and always avoid discussing our matter with them.

You have to understand a single point that difference in views is the base of this world. This world exists just because everyone thinks differently from the other. If everyone starts thinking the same, the world can’t exist. And even this is not possible. So to get respect from people, you have to watch things from different perspectives. Because your opinion is not last. If you give respect to others’ opinions, they will give respect to your opinion. You can simply say that you respect their opinion but disagree with their statement. This is the right way. This will help you to be respectful of their views.

This point is actually related to the point discussed before. At this point, you just have to keep the same rule in mind. If you give your opinion after listening carefully to the person in front, you can give a more precise opinion. This will make you aware of the situation and mentality of the people so that you can decide and rethink what you are going to say. Because if you give your opinion without listening to others, you cannot get the whole situation and there is a strong possibility that you can be devalued.

But giving your opinion after listening to others will assist you to earn respect.

Accepting errors is the best way to earn respect. Also, this helps you to become a humble and meek person. You easily accept your mistake and tell people that you were the one who was wrong. Apparently, it seems to be a simple and easy task but only strong people can perform this. Because defeating your false ego is the most challenging task in the world. But when you easily admit your mistakes, people like to keep near you because they know you will not impose every mistake on them.

In the next step, you apologize and feel sorry for the mistakes that make you a nice person. This also helps you to earn respect.

An apology is a very strong weapon to earn and get respect. Unfortunately, people think that apology is itself an insult. But this is not true. In fact, the apology enhances your respect to the next level. This not only increases your respect but makes you able to find your mistakes and ultimately work on these mistakes to solve them. Because you appreciate and thank the people who highlight your mistakes, this makes you a humble person and people start loving this behavior. They respect you because they know that you are a down-to-earth person.

On the other hand, being rude to a person who highlights your mistakes is completely childish and stupid behavior. You will think that you have saved yourself from insult but you yourself make yourself fun. So apologize confidently when you are wrong. This is a very simple rule to earn respect.

10-Always Keep Smile On Your Face

This point also apparently seems to be related to communication skills. But this has a very important role in earning respect. When you meet people for the first time, people make a perception about you. In the next meeting, they meet you with the same perception. If you meet them with a smile on your face and respectful behavior, they will ultimately respect you. They will give you the respect that they received from you. On the other side if you meet them with a rude face, next time they will feel hesitant to talk to you and try their best to avoid you because a misconception is set in their minds.

10 Habits That Make You Smarter

How to Stop Overthinking Everything: 10 Psychological Tricks

How To Be More Confident: in Just 15 Steps 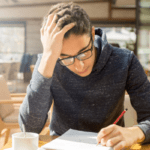 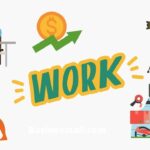 How to Make Money Quickly: 10 Ways For Making Fast Cash 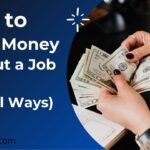 How to Make Money without a Job (15 Real Ways) 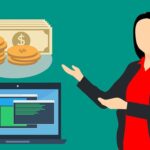 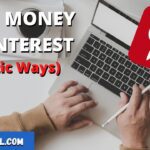 6 Ways to Make Money on Pinterest (Even without a Blog) 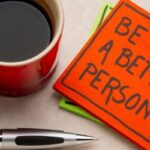 How To Be A Better Person: 8 Secret Strategies To Improve Yourself 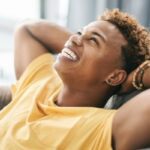 10 Habits That Make You Smarter 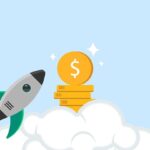 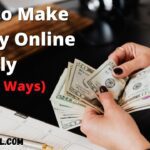 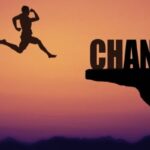